Key risks to future investment in the UK and global economy 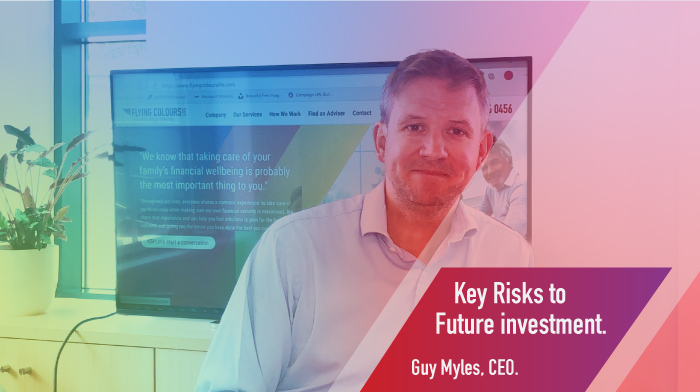 It isn’t hard to see problems in the world right now but for once the mainstream news doesn’t seem to be exaggerating. Today’s video is going to discuss what we think the problems will be or investors beyond covid as well as some suggestions for how to handle them.

The big areas of concern are China, global debt, a political crisis after the US election and the possible debt crisis in the southern countries in the European Union. Each of these is, of course, separate but there are lots of relationships between them and I believe all of this is connected to some extent.

In many ways we have been living through a giant global experiment in globalisation and it hasn’t worked. There was a huge increase in the numbers of global workers after the acceptance of China into the World Trade Organisation in 2001. Over 20 years this has hollowed out large parts of the Western manufacturing base and depressed wages for many people. Alongside this, wages are lower in China, but the cultural norm is to save money rather than spend it. This creates a large-scale balance shift where the West are buying more from China than China are buying from the West, thus depressing demand for goods from the West. And while China are saving their hard-earned cash, money is moving in one direction only – toward China. To maintain the balance in economic activity, Western countries have been forced to build up debt, which does create more activity, but isn’t sustainable. Any new debt takes future economic activity and brings it forward to today. It doesn’t matter if this is government, corporate or individual debt. You create money, spend it now and then pay it back later. When you are increasing debt the result is that today’s economy is bigger but tomorrow's is smaller. When debt is increasing, that is fine, but eventually debt cycles must end and what happens then is of great importance to investors.

Let’s look at specific risks we see globally. China has taken over global manufacturing and is now weaponizing that to gain greater control over global affairs. Aggressive actions in a range of places are all part of a deliberate strategy to become more politically powerful. This is driving conflict with the West and is likely to get worse. We should expect globalisation to reverse to some extent and more manufacturing activity to be done within Western countries. This will create lots of jobs but is inflationary and will also require significant government spending.

As I mentioned above, the increase in global indebtedness is directly tied to China’s rise and their tendency to take wealth and save it, rather than consume it. To maintain economic activity the West has been forced into higher debt as a result. The West has done this in order to foster a mutually beneficial relationship. The relationship is complex but it is clear to us based on our research that this relationship has ended up being one-sided, and again, for China’s much greater benefit. The risk for investors is that this debt cycle reverses. We think this is a significant risk and could be beginning now.

At the same time, the problems of concentrated debt and wealth have contributed to a poisonous political atmosphere is the USA. The election coming in two months time could be very close and it is possible it will even be disputed. This would be a dangerous moment for investors and, even though it is hard to protect yourself effectively, it is sensible not to be taking too much risk in the run up to the election.

As people who have seen our other videos, you will know we think there is a strong risk we are nearing the end of a long-term debt cycle. One way out of this problem is inflation and we see the risk of inflation as something people should be concerned about. In fact, we think the problems are linked directly to the risk for investors because inflation will be seen as part of the solution. The greater the global uncertainty, the higher the chance we get inflation rising.

The one exception to this is the EU, where political structures prevent Governments spending there way out of recessions. Unfortunately, this is exactly what Governments need to do right now to stimulate demand and help their countries to recover. There is a good chance that the catalyst for change in the EU will have to be a debt crisis like the one we saw 2009-10, all over again. It is probably better to wait for a crisis before increasing your position in European assets.

China's rise, leading to an imbalance of global debt, is highly likely to create higher inflation as the global economy re-balances over a longer period of time. Inflation, used a solution itself, will create a further period of depressed growth and this will create opportunities and warnings for investors as and when to invest. The one exception is Europe where a debt crises is likely and thus our view is to wait before increasing investments in the EU.

HELPING OUR CLIENTS BUILD THEIR WEALTH.

Flying Colours Life Investment Management aims to make investment management more accessible and transparent for clients. Our roots in investing money on behalf of our clients, and our motivation lies in a genuine desire to make a difference to people’s futures and maximising the potential for solid long-term returns.